Inspiration
As a kid I was captivated by lit windows at night. I always wondered what people were doing inside, what the rest of their house looked like, what their story was.
In this book, I've tried to recapture that sense of wonder and curiosity for an older audience. Over several months, I planned out the story that would unfold inside the house, like a comic. I went through iteration after iteration, trying to find the best physical form, and to make the story clear. After at 6 different prototypes, this was the result.
A house that tells the story of a cat who, feeling bored, escapes from their owners room and explores a three-decker apartment, eventually finding the love and attention it craves when it's greeted at the door by 3 excited drunk women.
Process
This project involved lots of physical prototypes, and advice from laser cutting and bookmaking professionals. Below are a few of my many files and different prototypes. The final book is printed digital art, which is cut out in several layers using a laser cutter and then glued together by hand. 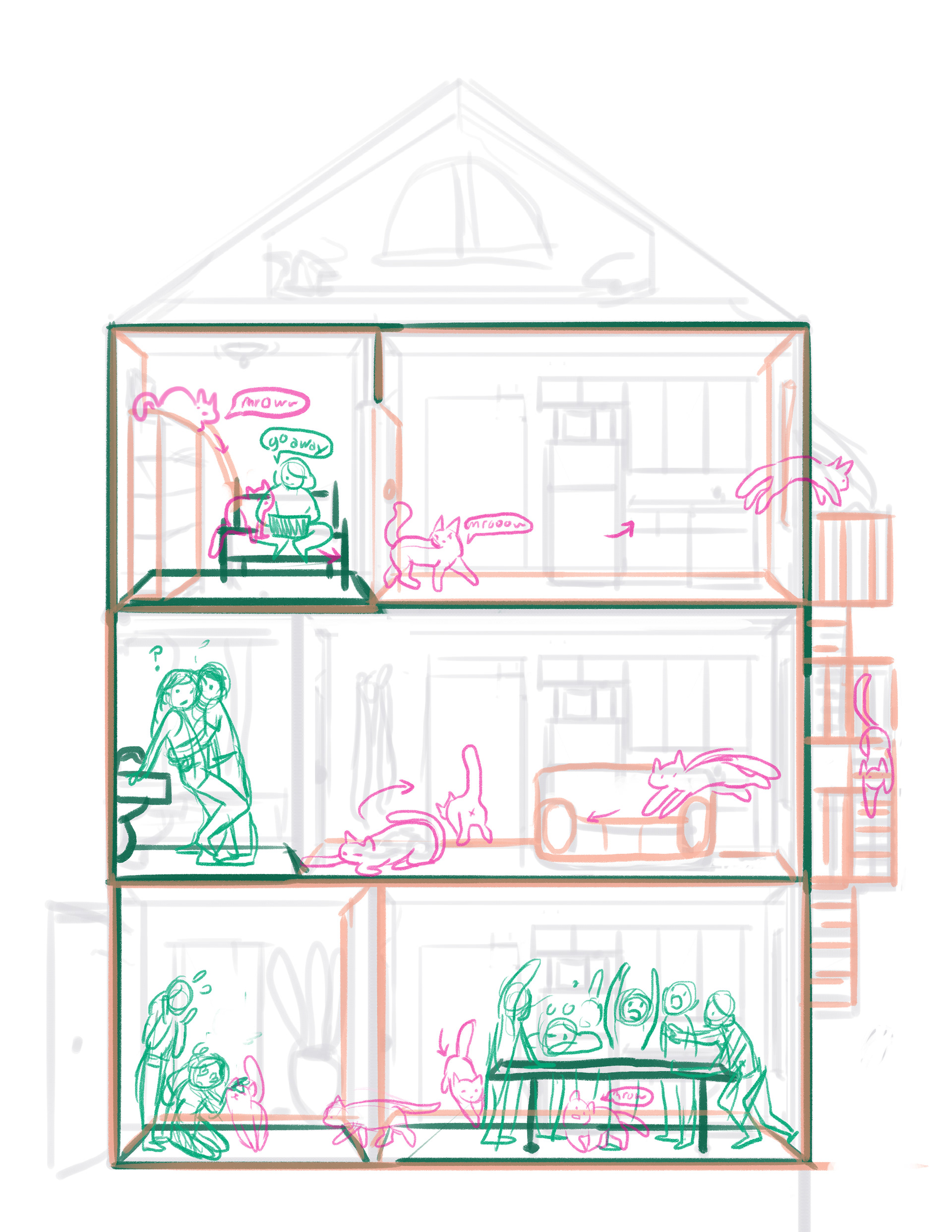 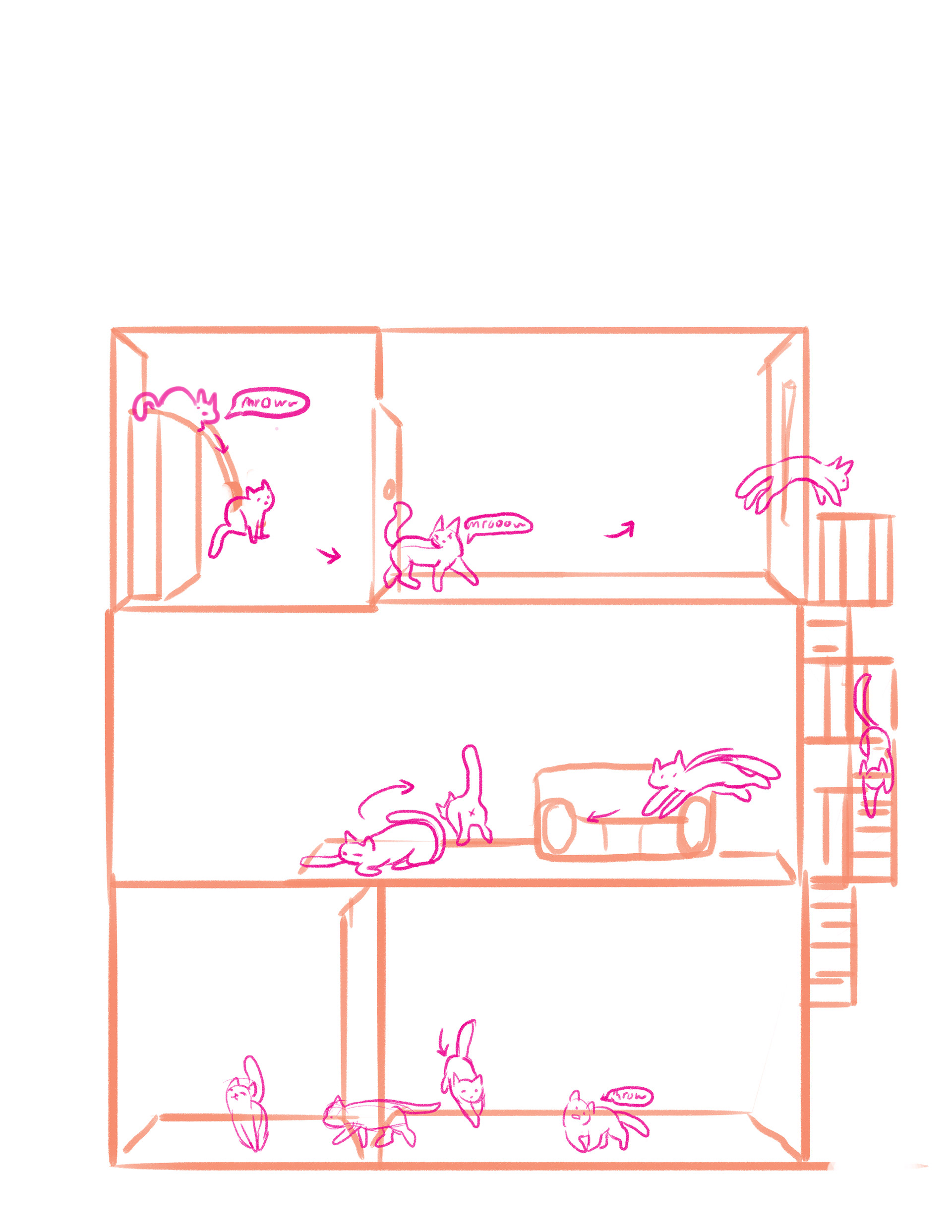 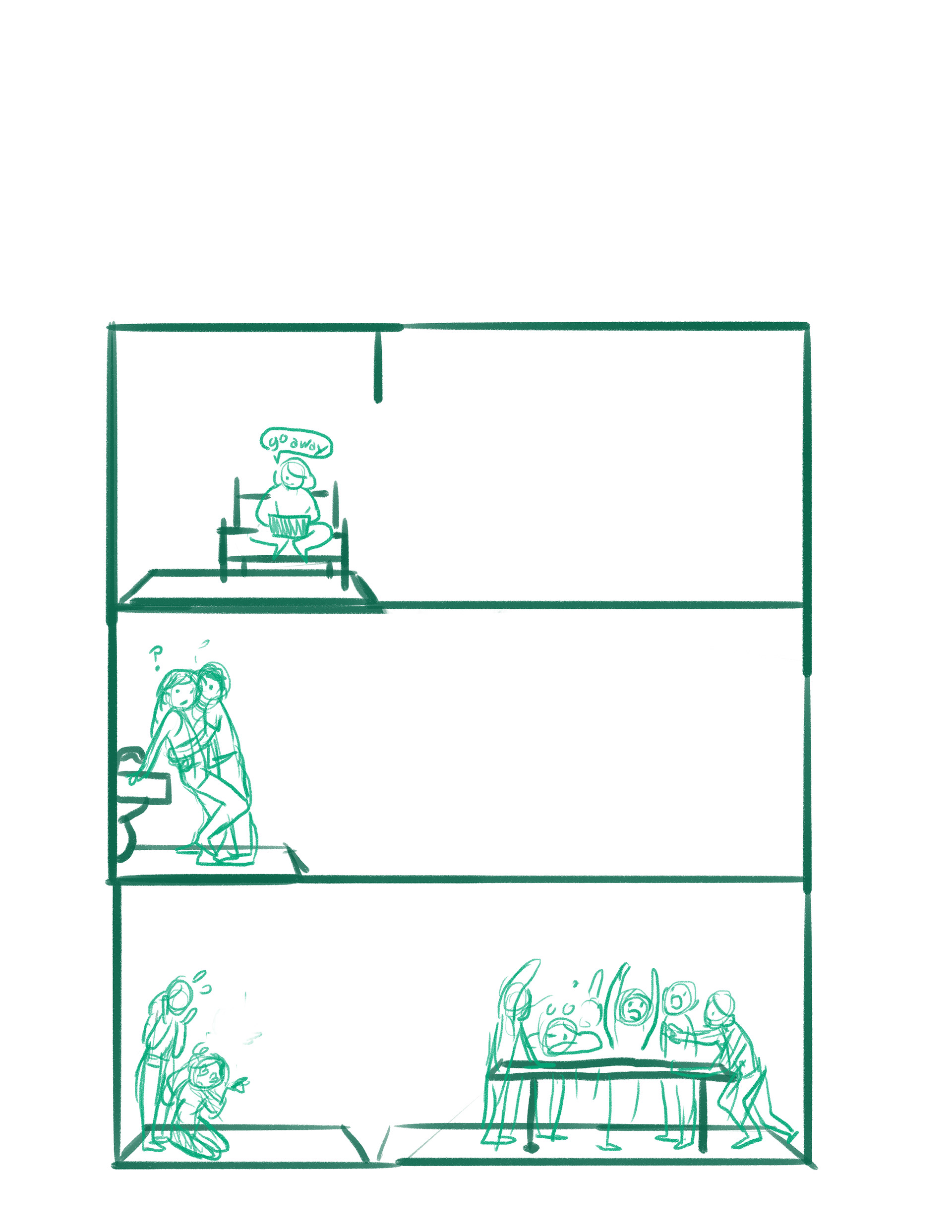 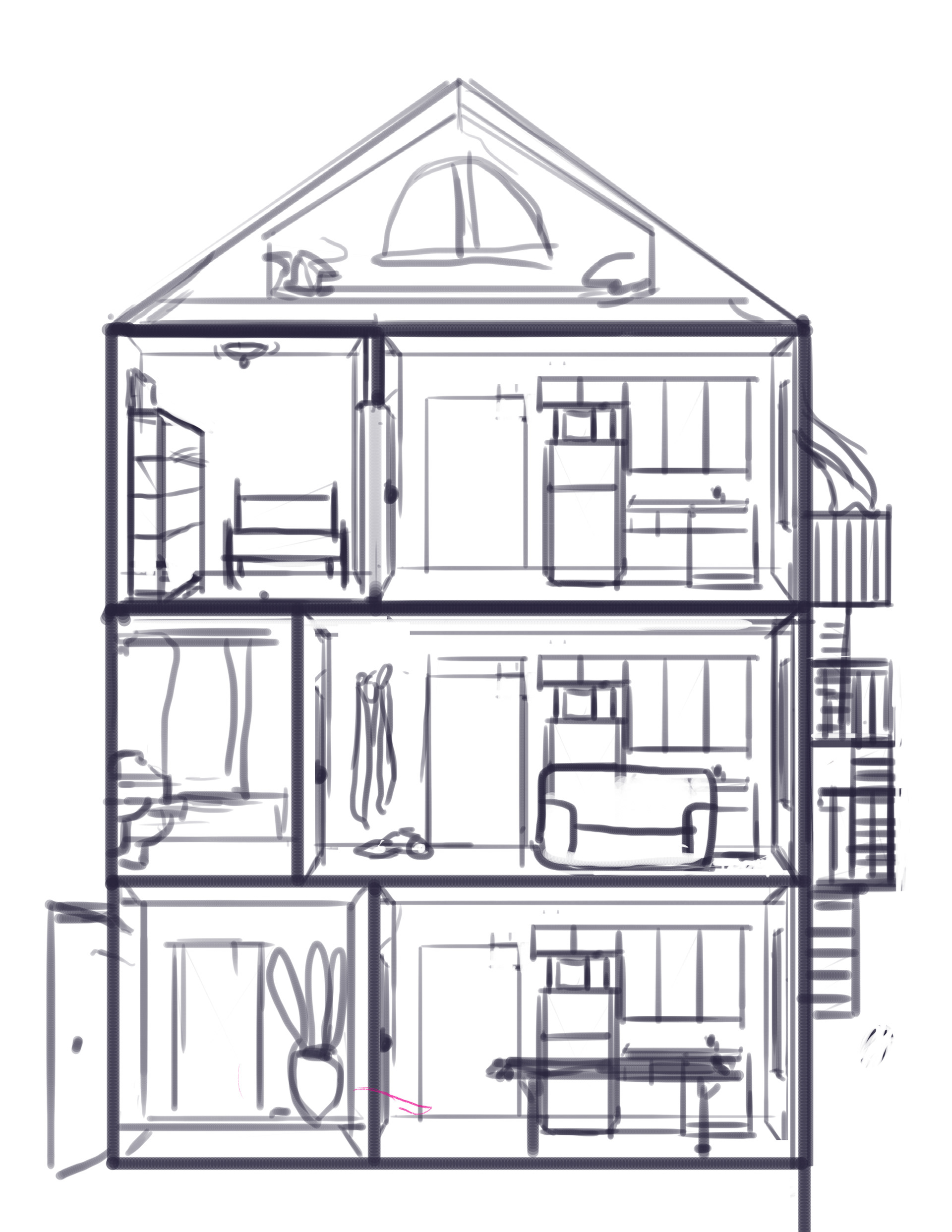 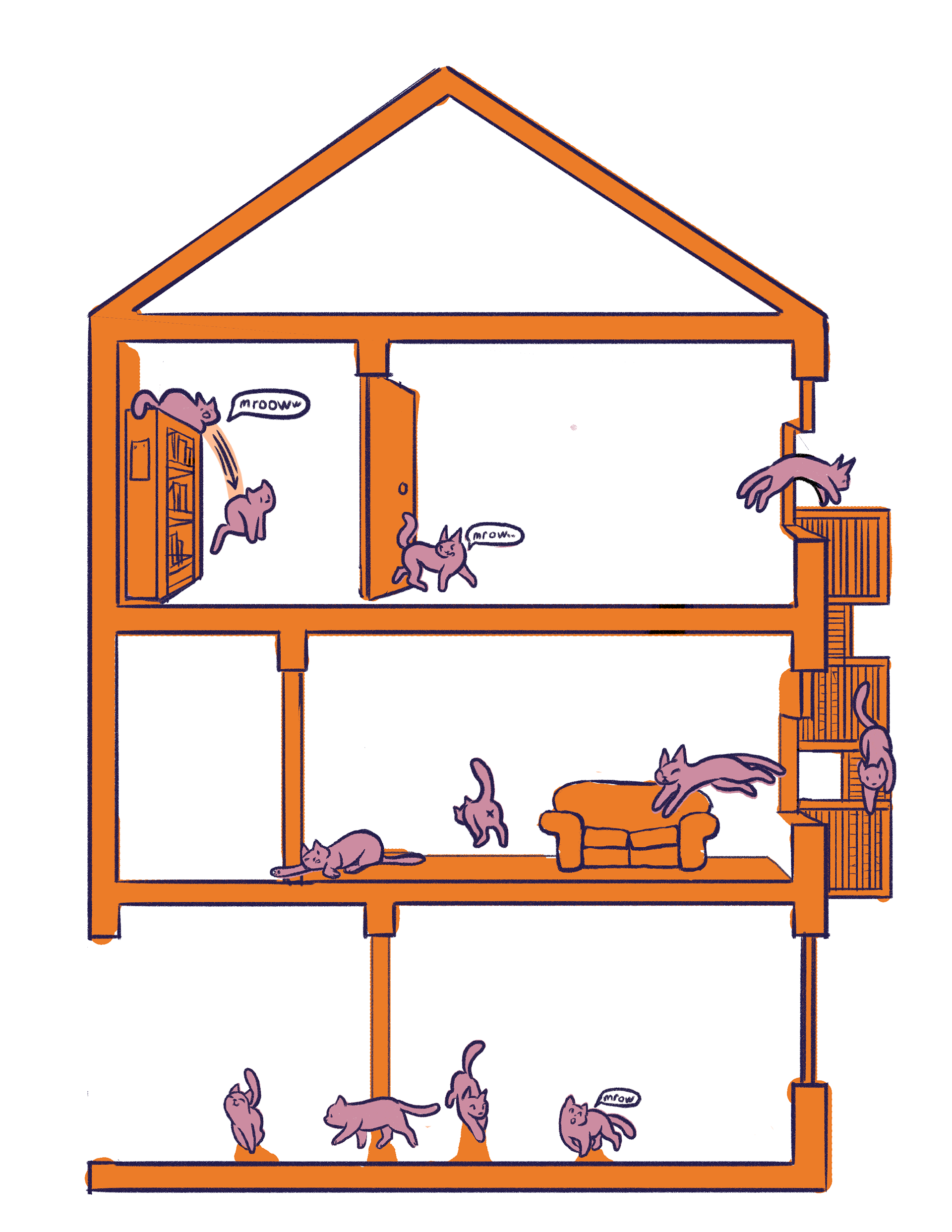 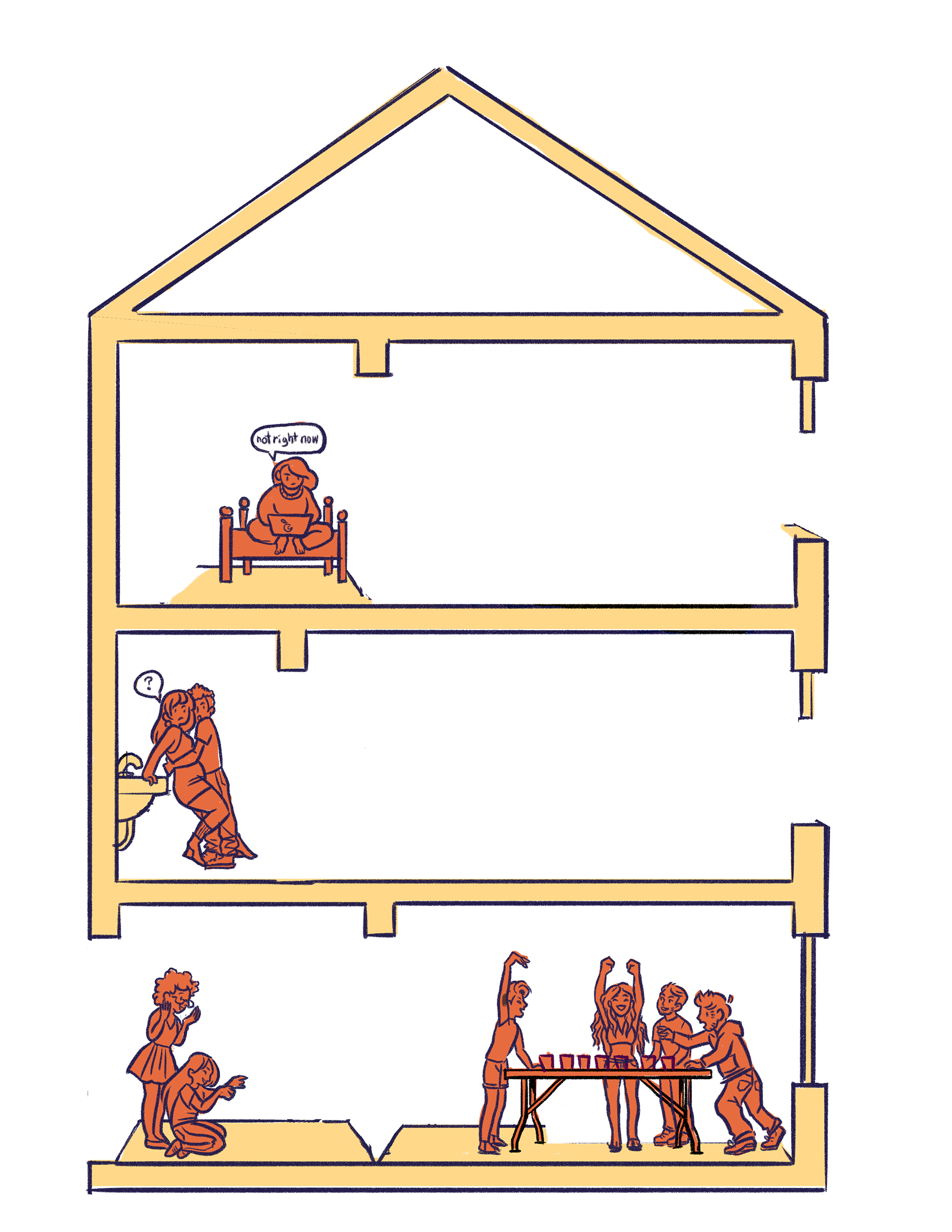 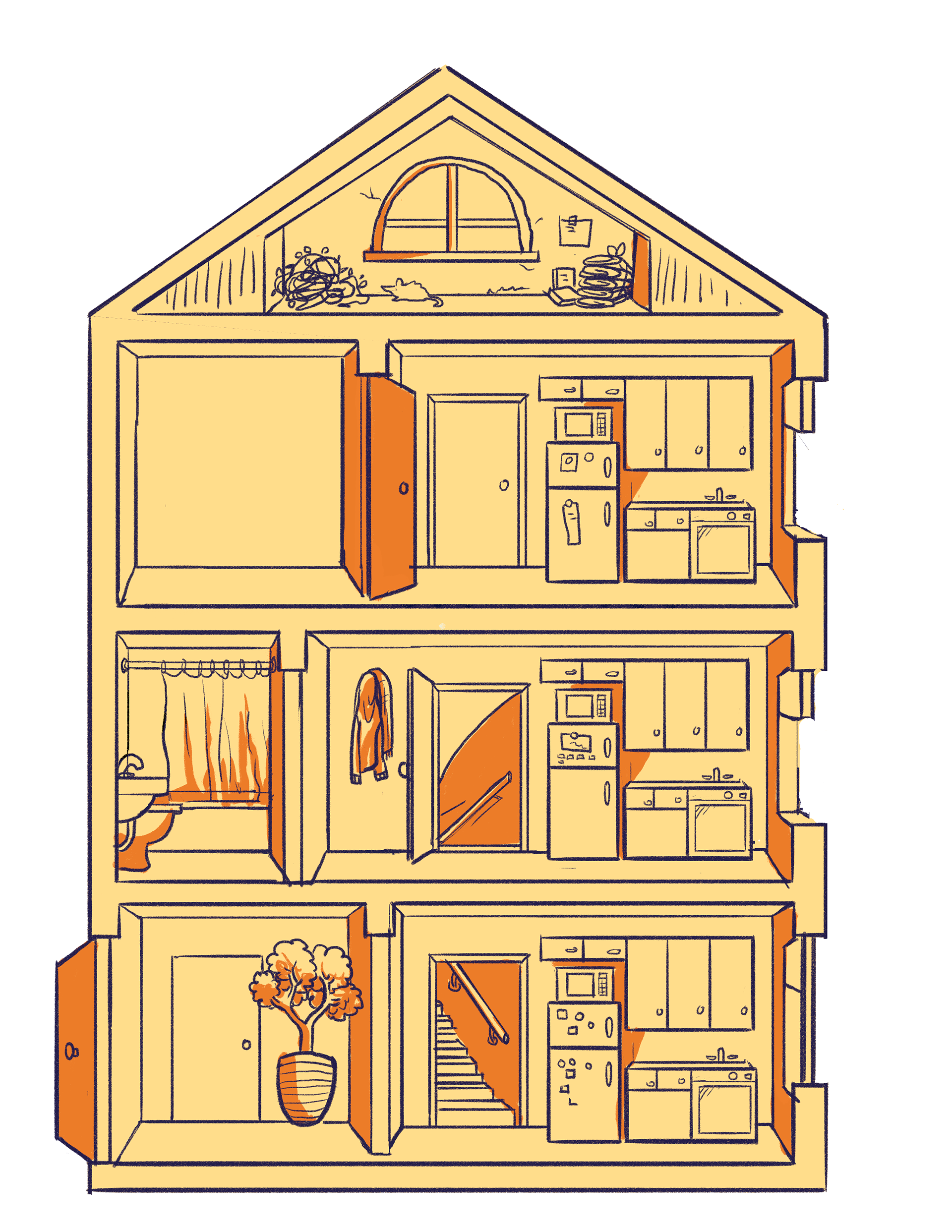 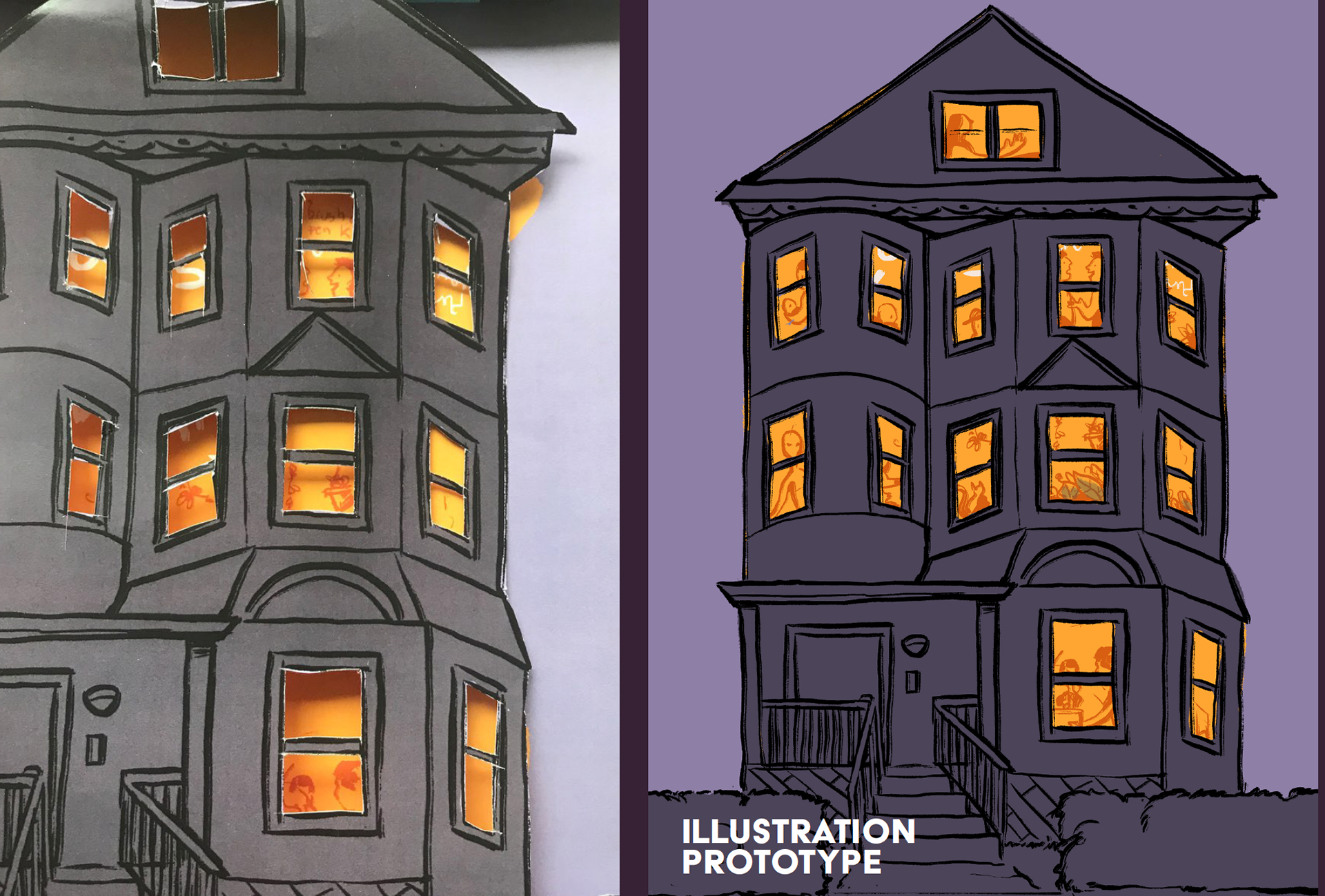 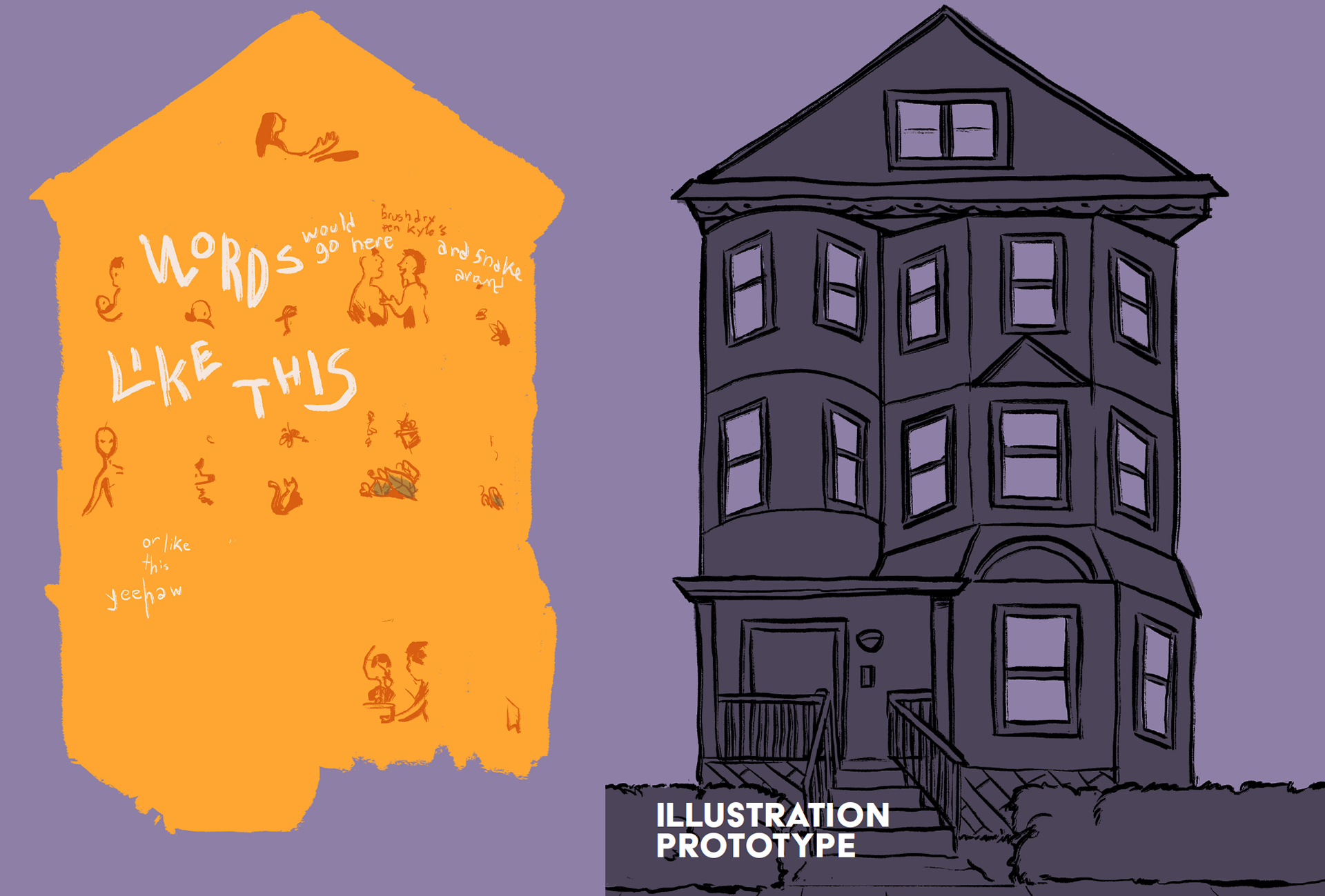 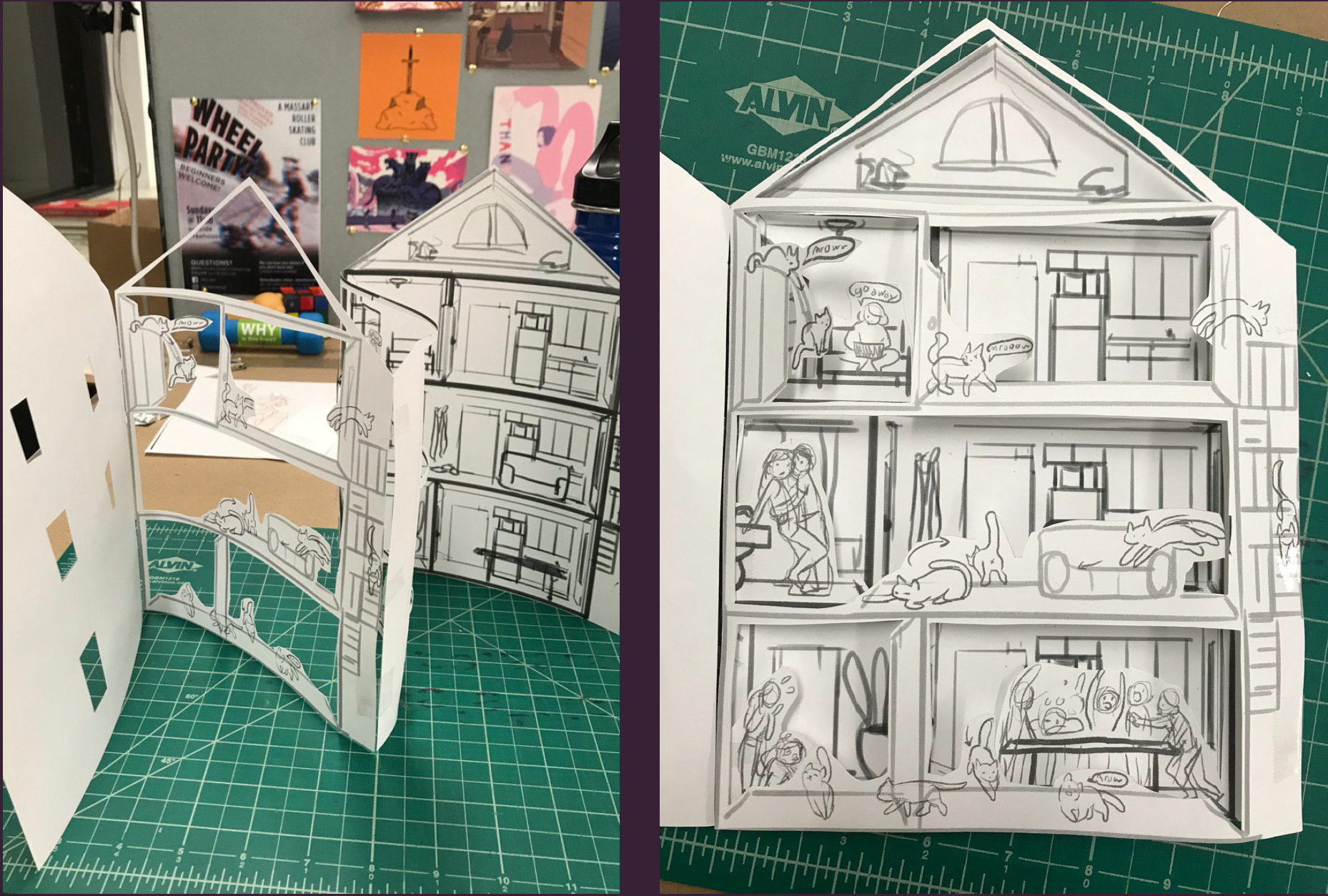 Credits
Illustrations by me. Laser cut book, assembled by hand from digital prints and chipboard.
Special thanks to Alice Stanne for advice on the bookmaking process!

Museum Rebrand & Wayfinding
↑Back to Top